It is important to remember about the performance of your SharePoint Framework solutions. Today we’ll look at a demo web part, review its size, and after that we’ll see how this web part can be improved.

I previously wrote about the demo video web part. This web part shows a video using a preconfigured Url.

Also, there is a functionality for page editors that allows to specify the video’s Url along with other options.

In addition to a standard SharePoint Framework web part code, this web part uses Placeholder reusable control to ask an editor for a configuration. It also uses css function from the office-ui-fabric-react package to bring multiple CSS styles into a single string.

I’ll be using webpack-bundle-analyzer as recommended in the Optimize SharePoint Framework builds for production article to analyze the final bundle size. This package generates an html file that visualizes the size and content of your builds.

Here’s what I’ve got initially: 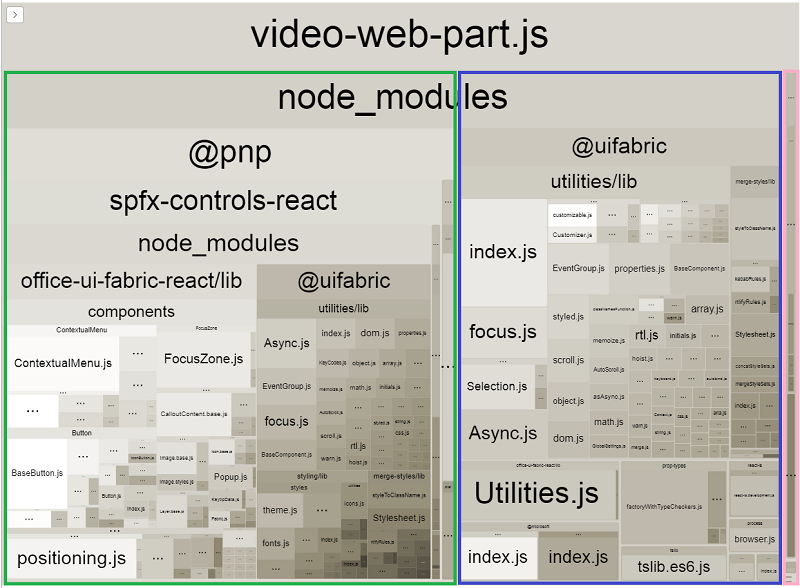 As we’ve seen the css function from the office-ui-fabric-react package contributes 200Kb to the bundle size. Most of the code is additional logic from the Office UI Fabric package, the css function itself is a small one. But we cannot use it without that additional code. This is fine when used along with other components and functions from the office-ui-fabric-react package in larger and more complex projects. But for a single function that’s too much.

I’ll avoid using this function for that project by removing its import and replacing it with my own implementation:

This simple implementation just takes passed strings and joins them into a string, but that will suffice. 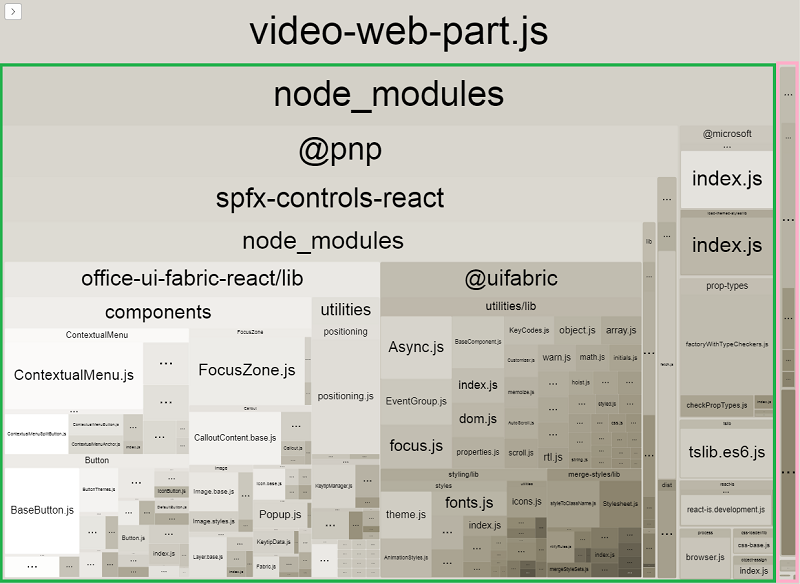 Currently, the Placeholder control gets loaded for every user, be it a regular user or an editor. I don’t want to remove Placeholder control from the solution completely as it provides good guidance for editors when the web part is not configured properly. What I want is that this control to load only for editors when needed. Regular users should not load additional code when viewing videos.

I will be using the React.lazy functionality to organize the dynamic load of the Placeholder control. It allows to dynamically load React components only when they are needed. Before optimizations I use the Placeholder component like that:

Note the usage of React.lazy and Suspence in the code above. 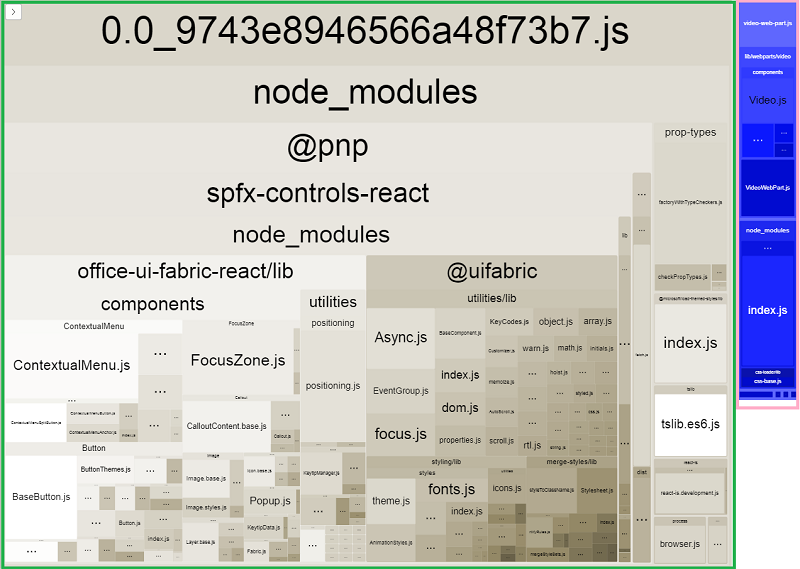 With simple improvements, we’ve decreased the video web part site for most of the users from 822Kb down to 28Kb (96% improvement without a functionality loss). The updated source code is available in the video repository.

When implementing SharePoint Framework solutions it is important to think about lots of things: usability, tools for page editors, and performance.